We are following guidance from official sources in continuing towards the open water swimming season in April. Presently this is as follows;

“There’s no need to cancel or postpone your events at this time. Reassure your athletes, stakeholders and customers, building on the Public Health England principles. Remain mindful of guidance on infection control. Take sensible steps to discourage individuals work with flu-like symptoms from coming to a club or an event.”

Obviously this advice is under regular review and we understand Swim England and British Triathlon will be re-assessing matters later this week.

Hope to see you from April 18th

Hi all, this is just a short note to say that for the first time in five years we are going to be raising the price of swimming at Trifarm in 2020. Trifarm has rarely broken even each season since it opened, the minimum wage rate is catching up with us and the wonderful Trifarm team have not had a pay rise for a couple of years, so we have to make a change.

For the 2020 season the prices will rise as follows;

Existing unused 10 swim pass swims will be honoured in 2020. New 10 swim passes and 2020 season passes can now be purchased in the Trifarm store. We look forward to welcoming you back from April 18th.

See you at the lake! 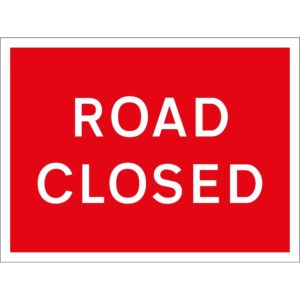 Due to highway repairs following a burst water main Church Road/Hammonds Lane are closed. As a result Trifarm is shut on Monday 16th, repairs will be completed tomorrow and we will be open as normal on Wednesday 18th.

Hooray we have made it to September, but we have to accept the reality that the evenings will catch up with us from now on.

So Mon/Weds/Thurs evenings will continue until Thursday 26th September. When the site team feel dusk is reducing visibility across the lake we will close the lake for swimming, which means probably 7:45pm around now, and 6:45 by the end of the month, so best to arrive early to maximise your laketime. If you are concerned about time limits please ask before you pay, we don’t want you to feel short-changed.

Saturday and Sunday will also be see shorter opening hours with the lake closing at midday. We are already only seeing a handful of people after midday as the events season draws to an end.

We will keep going into October with weekends as well.

We have our final Triple Crown race for the season this coming Sunday. As with the June race we hope to have the lake open for general swimming by around 10:30am.

Entries are still open, and we could easily accommodate another 30+ in the race so get your race shoes on. Enter here;

Just a reminder that the lake is closed Sat/Sun 20/21 July. We are having a fun time up at Latitude and will see you all back at the lake on Monday 🙂

This morning we received a call from Anglian Water advising us that the levels of blue green algae have continued to rise over the last few days, and that this morning they have crossed the level beyond which it is no longer considered safe to allow swimming in the reservoir. As such the swimming leg of the triathlon/aquabike could not proceed on Sunday. Last year’s event took place without issue a week later in the calendar than this year, and so the algae has appeared a fortnight earlier than in 2018.

In the rules that were available on the BTF website as part of your entry, as blue green algae is a safety matter we are entitled to run the event as a duathlon, and indeed we highlighted this possibility in your race briefing, and the covering email that accompanied it on Tuesday morning. However following on from the briefing being circulated we received several comments back from competitors expressing reservations about switching to a duathlon.

We also took the opportunity to speak with a small number of participants at lunchtime today to ask what their preference would be as a way forward. When given a choice between a duathlon this Sunday, or a deferral of their entry to a date in June 2020 they were unanimous is picking the deferral option. Aquabike entrants would not even have a duathlon option, their race would simply become a ride.

Whilst we might technically be allowed to run the event as a duathlon/sportive, it is not the event that we have all invested our hearts into trying to put on, and nor is it the event you, our wonderful competitors, are expecting to compete in after all your training. As such we have decided that, very reluctantly, we are going to cancel this weekend’s Alton Water Triathlon.

We are offering entrants two choices moving ahead, either;
• As per the rules of entry, receive a refund of your entry fee less a £15 administration charge. Significant costs have already been incurred and the £15 fee will still leave us bearing a loss for the cancellation of the event, or
• Carry over your entry to 2020 when we will look to schedule a date in June, tentatively looking at the 28th, which I hope to have confirmed within a week after further discussion with Anglian Water.

It goes without saying that we are devastated at the loss of the opportunity to put on a bigger, better, Alton Water Triathlon in 2019. It is that very ambition to be bigger and better that pushed us towards cancellation as the better option this weekend, rather than adopt a make do and mend approach that risked putting on a duathlon that met no one’s expectations.

If you wish to use the refund option then we will need you to email info@altonwatertriathlon.uk with your bank account name, sort code, and account number. There is no simple way of refunding direct to your cards. As each refund will have to set up as an individual transaction it is going to take us many days to process all the refunds so we would ask for your patience whilst we work our way through the requests.

We thank you for entering our wonderful race. We apologise again for finding ourselves having to cancel the event this year, but we hope we will still see many of you back in June 2020.

Morning all, those of you joining us at Alton Water on the 14th July should have received your race briefing this morning. You can also see the briefing here, Alton Water Triathlon 2019 briefing final 080719

Trifarm closed for weekend of 20/21 July

‪I confuse myself a lot, so for the avoidance of doubt, Trifarm is open next weekend, 13/14 July, then closed 20/21 July so we can go to Latitude and have a weekend off. Weekend of 27/28 July ,and  weekends thereafter, are open as normal. Mon/Weds/Thurs opening unaffected throughout. Only closed Sat/Sun 20/21 July.‬

For those competing on Sunday the race briefing can be downloaded here.  Trifarm Sprint Triathlon briefing final June 2019